On our way to 2018-2021: AIM launches the second phase of the program “Women leaders of tomorrow-Tunisia”

Following the first democratic municipal elections of 6 May, on 348 municipalities, women gained promising results in terms of political participation: 47% women were elected as municipal councilors and 68 women mayors (Al Bawsala).

On the 34 participants to our program “Women leaders of tomorrow” (FLD) who finally were candidates, 12 were elected in municipal councils, and between them, 2 Mayors (municipality of Zaouiet Kontech – governorate of Monastir and Ajim – governorate of Médenine), 2 Deputy-Mayors and 3 committee chairs.

Some members of our participant’s group who have been elected:

On Friday 13 July, AIM gathered in Tunis some of its elected participants in order to have their feedback on their electoral campaign in relation to the 2 training modules they followed in the framework of the program FLD. An impact evaluation was conducted in closed doors by Hafida Bachir, Chairperson of the Belgian feminist movement “Vie Féminine” and Fatiha Saidi, Deputy Mayor in Evere, a Brussels municipality, and member of our association.

The participants stressed the necessity of deepening the work we started in terms of personal development and building of political capabilities. The conversation focused also on the process of establishment of the municipal councils following the elections, and the debates- sometimes harsh! – leading to the election of the presidents of the committees as well as the election of the mayors.

This discussion led to the expression of their needs as elected persons: reinforce their leadership as well as their knowledge linked to exercising their powers at the local level, the rights of women, the building of coalitions between elected women. They also stressed their needs to work on a methodology to develop their capacity to negotiations, to political communication with the civil society, the deepening of their knowledge on legal documents at the national and international levels, the development of exchange of experiences between elected women at the national, regional and international levels. 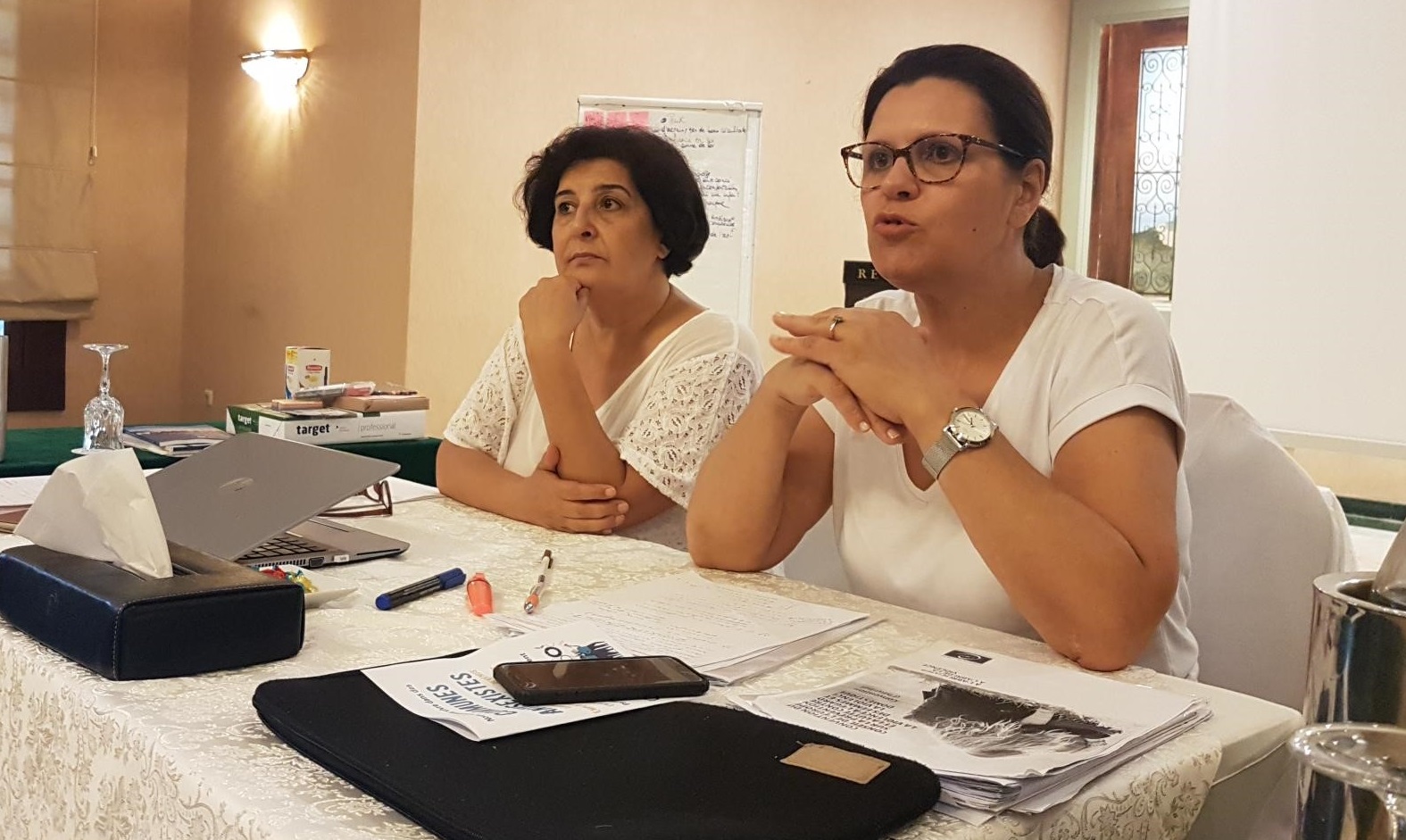 The second part of the day was devoted to the issue of violence against women from a binding document: the Istanbul Convention (https://www.coe.int/fr/web/istanbul-convention/?desktop=true).

There was a discussion on the similarities between the Tunisian legislation against violence on women and certain dispositions of the Istanbul Convention in their work as council members. We used the model of the motion adopted by the municipal council of the city of Charleroi. Hafida Bachir recalled the role of local elected women in this field as well as the necessity to a collective mobilization departing from such an instrument whose force cannot be put in question, particularly in Tunisia. 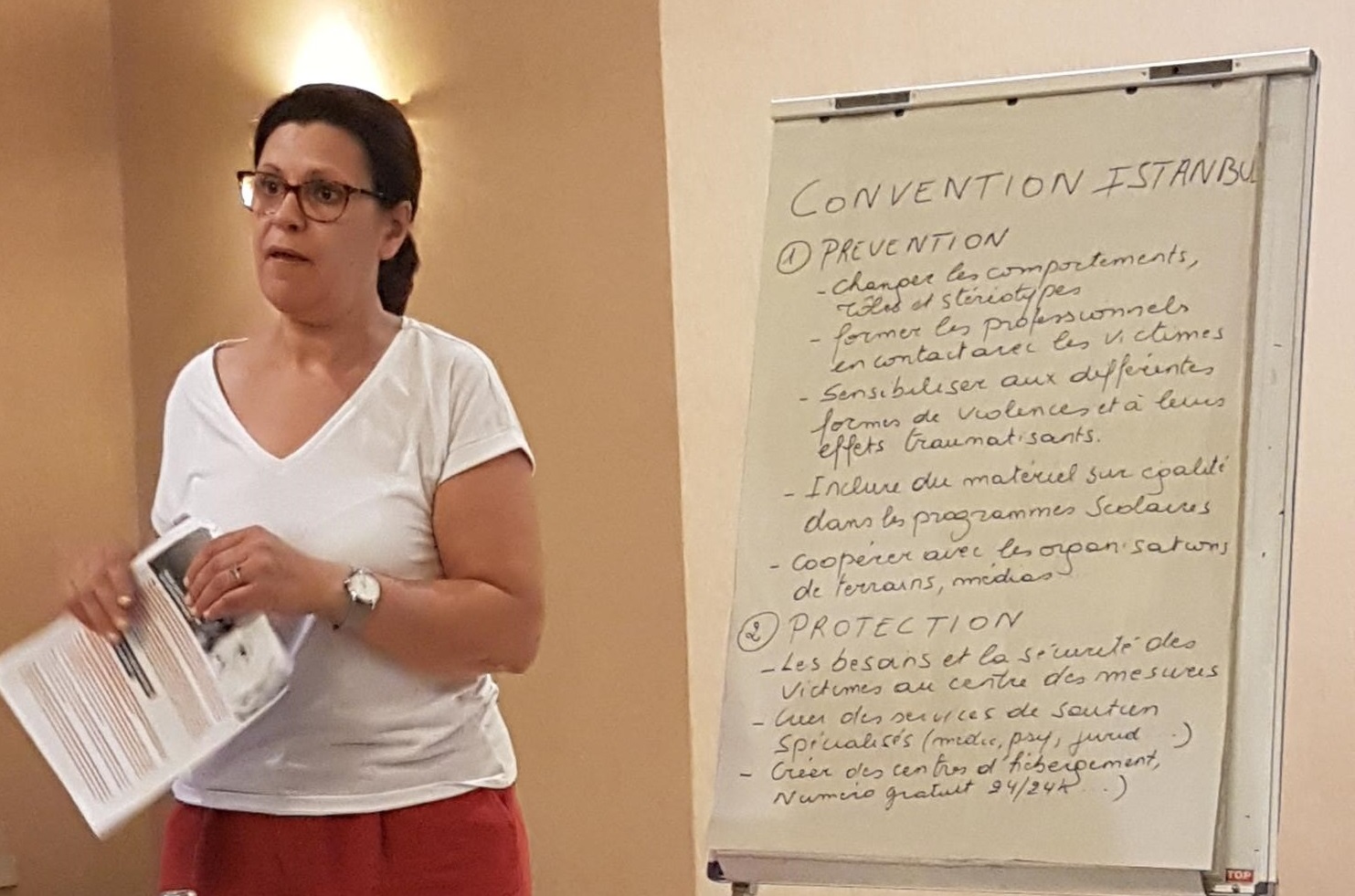 The day ended with a reception organized in their honor by the General delegate of “Wallonie-Bruxelles” in Tunisia, Christian Saelens: a moment full of emotion as a homage was paid to Maya Jribi, an exceptional Tunisian political personality and Selma Tekiki (a young participant to our FLD program), both recently deceased. 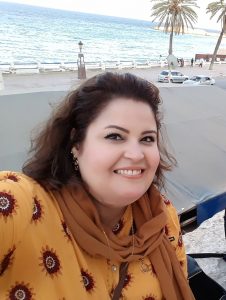 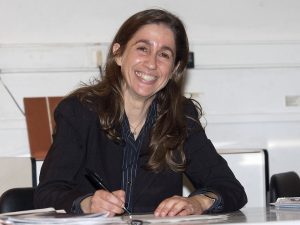 During this reception, we also met some new independent elected personalities: the Mayor of Ariana, the Mayor of Sidi Bou Saïd as well as the Deputy Mayor of La Marsa, Nabila Hamza, who pledged allegiance on the Constitution and the Quran! 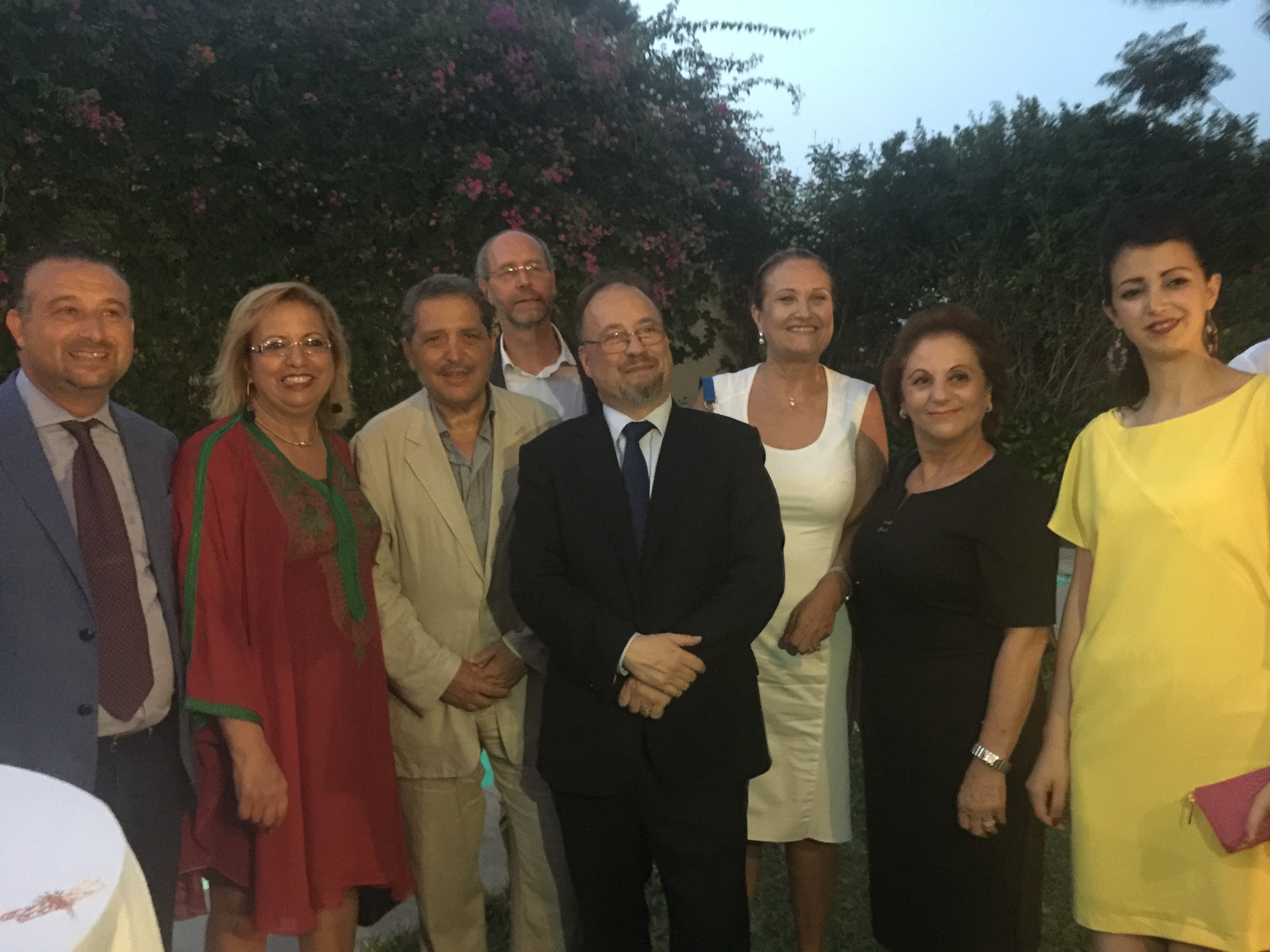 In the middle: the Ambassador of Belgium to Tunisia, Michel Tilemans.

Needless to say that our participants went back home with many questions, expectations, and reinforced needs, well aware of their responsibilities. Aware too that the society expects more from women than from men in politics, they are determined to acquire competences and knowledge to answer to the expectations of their electorate. This is why it is essential for us to continue our support for those political women and multiply activities of reinforcement of their capacities; this is our ambition in the FLD program!

With this objective, our mission in Tunis focused on 2 axes: a brainstorming on the phase 2 supporting our elected participants and one of consultations with partners.

The global framework of our intervention in this second phase will be structured on 4 axes:

Our reflection is based on a series of conversations with our participants, with other local elected women: Nabila Hamza (Deputy Mayor of La Marsa), Leila Ben Gacem (Chair of the finance committee and local governance in Beni Khaled). We also had an excellent exchange with Beatrice de Lavalette, Deputy Mayor of the city of Suresnes and Vice-President of the “Ile de France” region.

Those impressive women are considered as “Role Models” for our program.

We also had many requests from our interlocutors regarding the exchange of experience. It seems important for us to support the establishment of partnership between municipalities led by women. 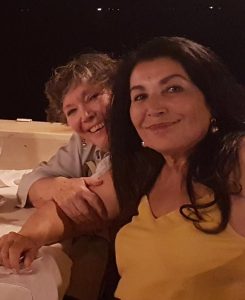 We also met with our partners: NGOs, and institutional. We met with Henda Gafsi from CILG «Development Centre for Innovative Local Governance » (http://www.cilg-international.org/Fr/news_7_28 ), Nazek Ben Jannet, Director of the “Fédération nationale des Villes Tunisiennes” (FNVT) and the team  of Cawtar, the Center of the Arab Woman for Training and Research (http://www.cawtar.org/SitePages/Home.aspx). 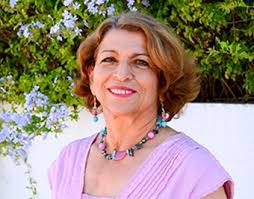 Finally, this mission gave us the opportunity to reinforce our relations with our institutional partners and to confirm their support for our project: the Ambassador of Belgium to Tunisia, Michel Tilemans, the head of mission of the Council of Europe in Tunisia, William Massolin, Christian Saelens, the Delegate of “Wallonie-Bruxelles” in Tunisia, the Swiss Ambassador, Rita Adam, the French Ambassador, Olivier Poivre d’Arvor, the German Ambassador, Andreas Reinicke, the French Institute in Tunisia and the EU delegation in Tunisia. 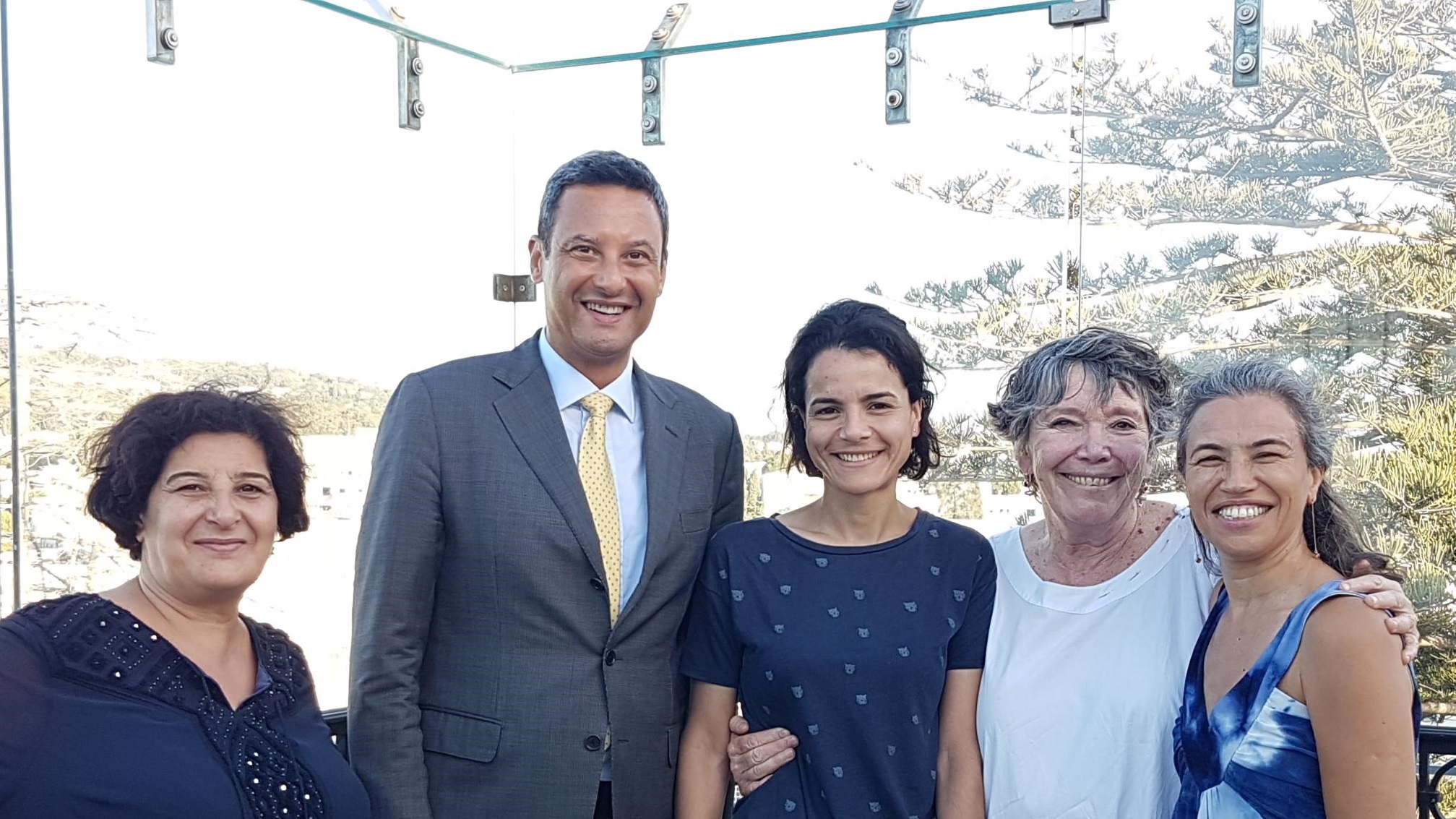 With the head of mission of the Council of Europe in Tunisia, William Massolin 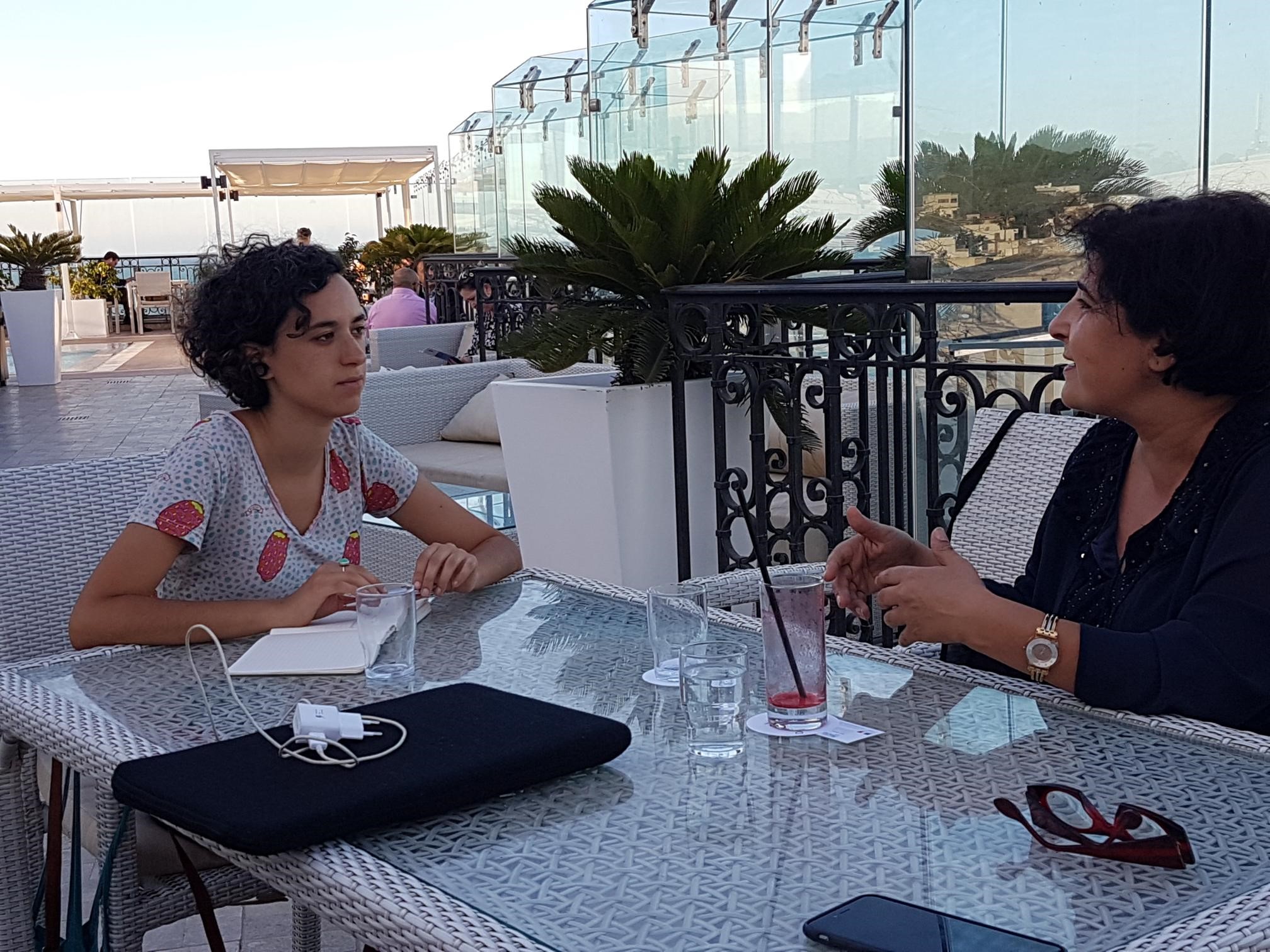 With Hana Rakem from the French Institute in Tunisia 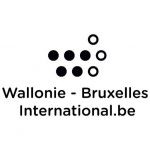 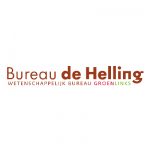